The 6th Floor Theater: FREDRO FOR ADULTS – HUSBANDS AND WIVES 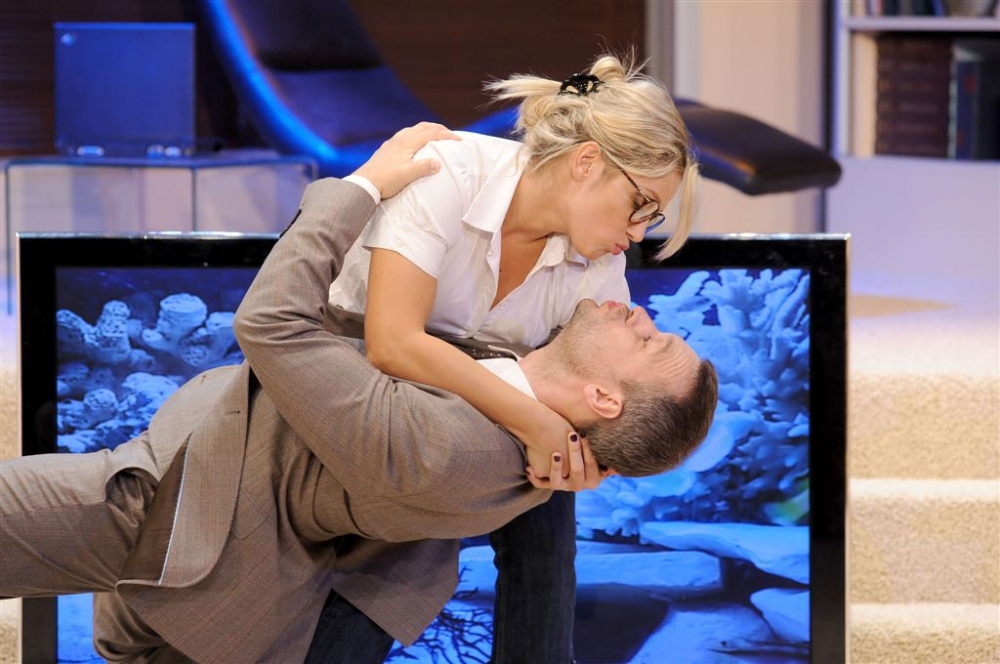 FREDRO FOR ADULTS – HUSBANDS AND WIVES plays intelligently with the theatrical tradition. Told with lively humor, it is a story about the betrayers and the betrayed: husbands, wives and their lovers, with a surprising ending and a lot of political incorrectness.
Sensational acting, brilliant staging, surprising interpretation and pleasure of listening to Polish at its best.

The show, which has been played over 400 times, is still besieged by viewers; according to Wprost magazine’s ranking, it has become one of the most watched dramatic performances in Poland. Deemed the winner by audience aclamation at the 15th Festival of Performing Arts (Festiwal Oblicza Teatru) in two categories: Best Performance and Best Actress Jolanta Fraszyńska.

From October 2010 FREDRO FOR ADULTS – HUSBANDS AND WIVES is in the permanent repertoire of the 6th Floor Theater.