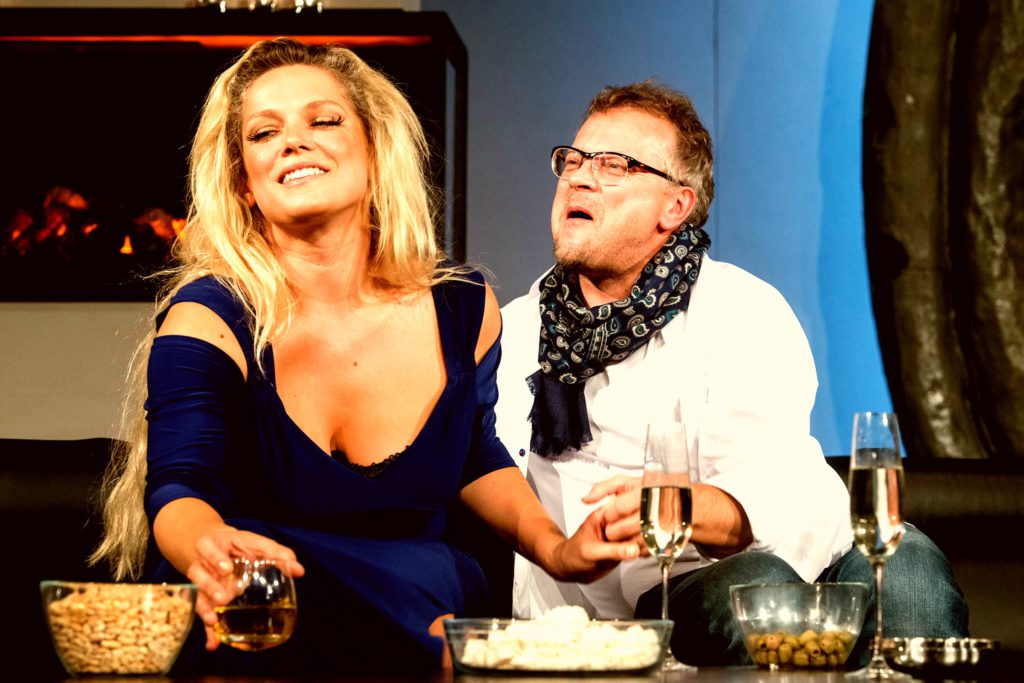 Joanna Liszowska plays one of the main roles in Florian Zeller’s thriller comedy “The Lie” directed by Wojciech Malajkat. The premiere of the performance prepared by the Theater Company took place on 8, 9 and 10 September in Nowy Sącz!

“The Lie” is the amazing, penetrating and at the same time incredibly funny study of a lie. Florian Zeller, a French playwright, who has already accustomed his audience to fast rides, moves with the grace of a balerina and the precision of a surgeon through the meanders and recesses of the human mind. Two married couples, two couples of friends, two couples of lovers, and there are still only four of them, how is this possible? The author knows a lot about male-female relationships. Someone might say, and who does not know? But he skillfully and provocatively translated it into words … Words that cut. Like a razor.

He managed to metaphorically combine Bergman‘s “Scenes from a Marriage” with comedies of Woody Allen. Of course, it‘s not just about word play, but also a rational, philosophical subtext.

Alongside Joanna Liszowska, the cast includes: Iza Kuna, Wojciech Malajkat, Mikołaj Roznerski, Leszek Czarnota and Piotr Szwedes, who is also the producer of the show.

The performance can be seen in different theatres in Poland.